Need a Corvette part? We created a simple way to request any part.

Add a Corvette to get some history. 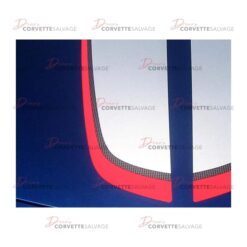 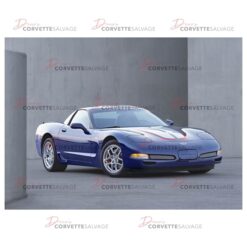 This part is a good, used C5 Carbon Fiber Hood which can be installed on a 2004 Z06 Commemorative Edition Corvette.

Join the Waitlist and a Corvette Salvage Crew Member will send you an email when this product is tagged back in stock.

This part is a good, used C5 Carbon Fiber Hood which can be installed on any of the following Corvette models:

The Z06 Commemorative Edition Carbon Fiber Hood achieves a higher level of exterior finish quality when compared to previous automotive applications of carbon fiber. On most carbon fiber parts, the woven pattern of the material can easily be seen beneath the exterior finish. To erase the textured effect and preserve the rich LeMans Blue paint finish, General Motors decided to align the carbon fibers in a single direction. The only visual cue that the hood is made from carbon fiber is in the red border surrounding the silver graphic on the car. The overall result is a consistent exterior finish.

There are no reviews yet.

Only logged in customers who have purchased this product may leave a review.

The crew at Corvette Salvage has researched this part and determined that it can be installed on the following Corvette models.